Bedroom games are fine … but I need a woman who won’t play with my heart.

After years in the military, I’ve faced down a lot of things, and there’s not much I shy away from. Except relationships. Because when you catch your wife in bed with another man, that tends to sour even the most hardened man against women.

When I was hired to keep surveillance on a woman with a checkered past, I went into the job anticipating the worst. But what I found was a woman who turned my head. Who made my blood heat and my body burn. A woman who made me feel alive again.

A woman who was nothing like what I expected, but everything I wanted. A woman who, it turned out, needed my protection. And wanted my touch.

And as the world fell out from under us, and everything I thought I knew shifted, there was only one reality I could hold onto—that the more I got to know her, the more I wanted her.

But if I’m going to make her mine, I’ll have to not only keep her safe, I’ll have to prove to her that I’ve conquered my own fears and doubts. That I’m done looking into the past, and that all I want is a future—with her. 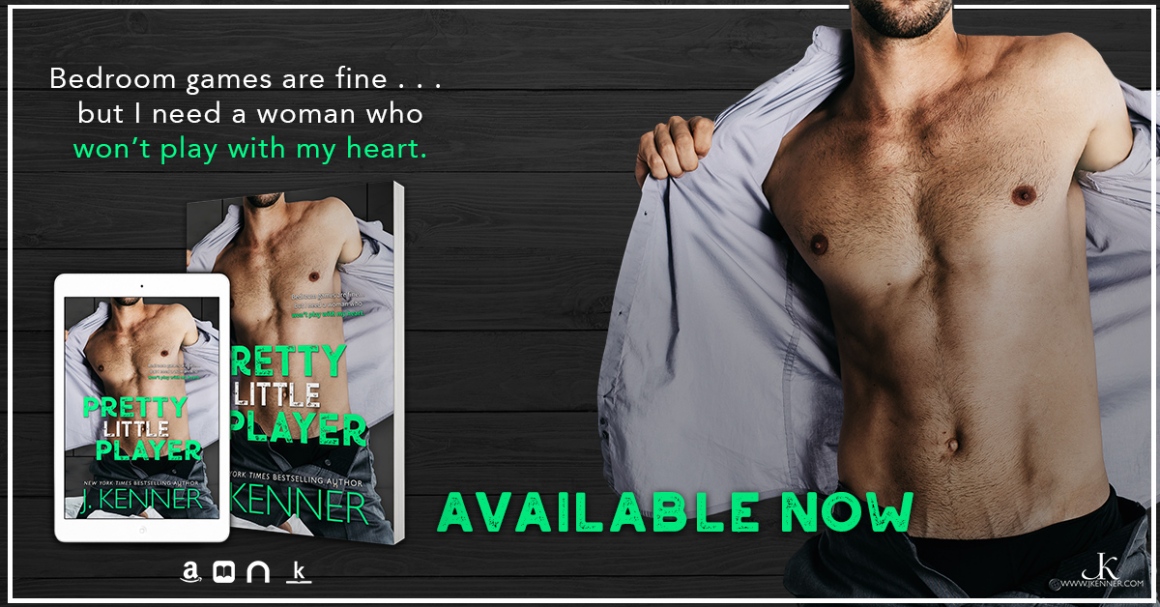 This book was true J. Kenner writing! You get hotness along with some trouble going on in the background!
Meet Cayden, burned by his ex wife, he trusts no women, he always wonders if they will cheat like his ex, so it’s best to not let them get close. He’s former military, but at Blackwell-Lyon Security, he manages to take on men looking to see if their wife or girlfriend is stepping out on them. This is where he meets Gracie! Hired by her soon to be fiance, or so he thinks, he starts to get close to her.
Gracie is a plus size model, attracts attention from all over, including one who thinks she’s his exclusively. Now she wants to hire Cayden to find out who her stalker is.
Follow their story, it kept me wondering if they would catch the stalker, and also wondering if Cayden would get his head out of his a$$ and see what was right in front of him!
Loving this series by J. Kenner, 5 stars grab it when it comes out!

Kenner (aka Julie Kenner) is the New York Times, USA Today, Publishers Weekly, Wall Street Journal and #1 International bestselling author of over one hundred novels, novellas and short stories in a variety of genres.

JK has been praised by Publishers Weekly as an author with a “flair for dialogue and eccentric characterizations” and by RT Bookclub for having “cornered the market on sinfully attractive, dominant antiheroes and the women who swoon for them.” A six time finalist for Romance Writers of America’s prestigious RITA award, JK took home the first RITA trophy awarded in the category of erotic romance in 2014 for her novel, Claim Me (book 2 of her Stark Trilogy) and in 2017 for Wicked Dirty in the same category. Her Demon Hunting Soccer Mom series (as Julie Kenner) is currently in development as a television show.

Her books have sold over three million copies and are published in over twenty languages.

In her previous career as an attorney, JK worked as a clerk on the Fifth Circuit Court of Appeals, and practiced primarily civil, entertainment and First Amendment litigation in Los Angeles and Irvine, California, as well as in Austin, Texas. She currently lives in Central Texas, with her husband, two daughters, and two rather spastic cats.